Let's get ready to go back to school - family history school! And I've got some exciting new to tell you about!

Genealogy Gems Podcast Episode #139 brought to you by two times Grandma Lisa Louise Cooke.  Yes, indeed my second little Grandson was born on August 15, 2012 about 2 ½ weeks early, and he and his mommy my daughter Vienna are doing marvelously. His name is Joseph, and we’ll all be calling him Joey which I absolutely adore, and even better his middle name is Cooke. 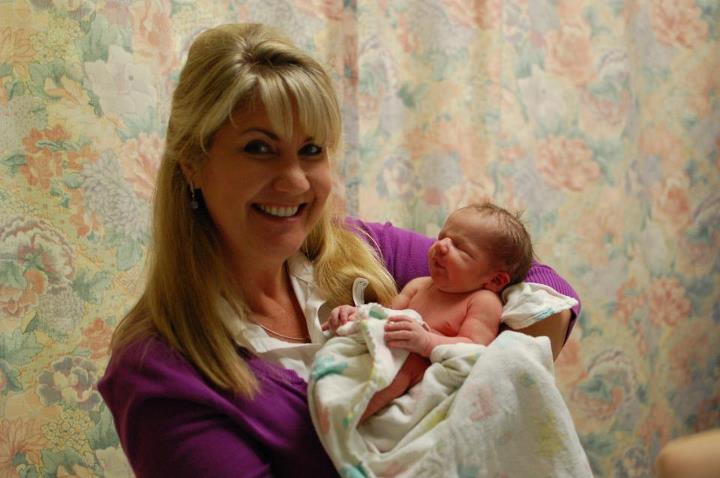 Life is good, and being a Sha Sha as Davy calls me is heaven on earth that’s for sure.

This month Ancestry announced that it has completed the records indexing process for the 1940 U.S. Federal Census, which you can find at www.ancestry.com/1940census.

Since the initial release of the 1940 U.S. Census by the National Archives in April, Ancestry.com has progressively published information state by state.  But now, no longer will you have to look up enumeration districts.  Now all 134 million records are now searchable for free by name, date, place of birth and other key information recorded in the census.

You’ll also be able to make corrections or update information that is incomplete, leading to a better overall database of information.

Assisting you with navigating the 1940 U.S. Census is Ancestry.com’s Interactive Image Viewer, which enables users to browse document pages with simple graphical overlays. The viewer adds highlights, transcriptions and other functionality directly on the Census page. This enables users to access small census fields by scrolling over them and getting a pop up that magnifies the information that was recorded by census takers.

In the 1940 census you find information on whether your ancestor’s owned or rented their home, the value of the residence and how many people lived there. For the first time, census takers in 1940 also asked questions specific to income and education. And you may be surprised what you will not find, like details on military service, whether they could read or write, and whether they spoke English which were all questions that were asked in prior censuses.

You will find the 1940 census in its entirety at www.ancestry.com/1940census

FamilySearch Volunteer Opportunity: US Immigration & Naturalization Genealogy Project
FamilySearch also has indexed the 1940 Census with the help of more than 160,000 volunteers, and they are launching a new volunteer opportunity. Now they are turning their attention to the U.S. Immigration & Naturalization Community Project, an indexing effort to make passenger lists, naturalization records, and other immigration related records freely searchable online. Hundreds of thousands of North American volunteers are expected to contribute over the next 18-24 months, focusing initially on passenger lists from the major US ports. If you of your genealogy society wants to pitch in you can visit familysearch.org/immigration for all the details.

Read more about it: Indexing Volunteers Invited by FamilySearch to Join new US Immigration and Naturalization Community Genealogy Project

In my last Premium podcast, I mentioned that Chronicling America, the Library of Chronicling America: Historic American Newspapers, http://chroniclingamerica.loc.gov Congress’ historical newspaper website, sent out a newsletter on using Civil War maps printed in the New York Daily Tribune. I just have to share more on this with everyone!

If you have teens in your family then chances are you have heard the phrase OMG which stands for oh my God. But have you ever wondered who started it? You may have thought it was Alicia Silverstone in the 1995 movie Clueless, but actually you have to dig much further back in history to find its origins. All the way back to 1917 in fact.  Read the rest of the story

Amy in Santa Rosa, CA posted the following question on the Genealogy Gems Facebook Fan page:
"On your podcast, I hear you recommend Roots Magic for genealogy software, but I have a Mac and as far as I can tell, it only works with PCs. I thought at one point you mentioned you were starting to use a Mac, so I'm wondering if you use different software on the Mac or if you use a PC for your genealogy software. I used to use Family Tree Maker before my PC crashed, but thought I'd do some research before buying software for the new Mac …Just thought I'd get your opinion, since I value your expertise on the podcast. It is probably just as well that my PC crashed because I never did any source citations (didn't know about it when I started genealogy and now it just scares me!), so I'll be learning how to do that as I add names back in..."

Lisa’s Answer:
While I use both Mac and PC, I only do genealogy on the PC which I prefer. I did publish a series of segments on comparing genealogy programs for the Mac starting with Genealogy Gems Podcast episode 51. Go to www.genealogygems.com and click PODCAST in the menu to get to them.

Amy has one more question:
"Do I include the grandpa I grew up knowing on my family tree or the biological grandfather. I'm inclined to include the biological one, that feels right. How do others in this situation do it? Wouldn't it be "blood" lines, not "fake" lines? My father really wants to know about his biological father, whom sadly never knew he existed. He died in a VA hospital, would that be a good place to contact for information? I have his birth and death certificates and his mother's death certificate. The only people I know anything at all about in that family are my biological grandfather and his parents."

Lisa’s Answer:
In regards to your other question, I'm afraid you may not have much luck with the VA hospital. Hospitals are notorious for closed records, although in my interview with author Steve Luxenberg, he talked in episodes 120  and episode 121 about how he worked around some of those challenges.

Stick to proven genealogy methodology to find out more about him. Start with his death and move backward in time. I would look for a newspaper obituary, census records (if he was alive prior to 1940), general ancestry.com searches, and military records.

As for the family tree in your database, adoptive parents are just like step parents (which are included on our trees) and can, and I believe should, be included.

RootsMagic forum explaining how many users have accomplished this. It's perfectly ok to have 2 sets of parents because that was the reality of the situation. And it only seems right as adoptive parents do the actual parenting. I can't imagine leaving them out. I hope that helps. Good luck and thanks for listening to the podcast!

Brandt has a question about place names
"In going through some of my records, I've come across a few where the records were created here in the States, but name places back in Europe or elsewhere. The place names are often spelled phonetically, and sometimes I can't figure out what they were trying to say even with a Google search. Do you have any tips on figuring out how to find misspelled foreign place names"

Lisa’s Answer:
Gazetteers are always great resources, but when I'm really stuck I often (not surprisingly) turn to Google.  Type the location name (to the best of  your knowledge) and run a search.  Google will do it's best to suggest the closest matches to names it can find.  It's even better if you can include an additional key word or two to help Google narrow it down.  So if the place name is a village in Germany, type the village name in, and add the keyword Germany.  If you have a surname associate with it you could even try adding that as perhaps there are people today in the location with that surname.  With a few tries you might just get the answer.  And consider running the search in Google Earth since it is geographic in nature.  It's the same Google Search engine.

Ricky in Alabama also has two questions
"I'm still working my way through your genealogy gems podcasts. One thing I'm curious about. I have gone to a library and found obituaries on microfilm. I print the image, then scan it when I get home. So it saves as a .jpg.

When I save it to my database (FTM right now but I just got roots magic5) it saves just like a photo. Should I create a word document and insert the image making it a document? Same for death certificates I've saved from microfilm."

Lisa’s Answer:
I just save them as jpeg, and make a note in the source citation in RootsMagic. No point in creating extra work. If you want more detail attached to the image, consider going into your computer files and adding data into the Properties of the image.

On    On the PC:
1.    Open Windows Explorer and locate the image on your hard drive

5.    Enter keyword tags and details about the image

To keep jpegs and other files organized and coordinated with your genealogy database, check out the Hard Drive Organization video series that is part of Premium Membership.

Ricky’s second questions:
"I was listening to an older Genealogy Gems podcast recently, and I heard mention of the web site Random Act of Genealogy Kindness…is this site back online. If not, are there any sites similar to it??"

Lisa’s Answer:
With Social Networking sites so abundant now, my first stop would be Facebook. Many genealogists befriend genealogists around the country and put out a request when looking for help. And you can search for friends by location.

If you're not active on Facebook, I would recommend going to the www.usgenweb.org  and going to the state and then county website for the county where you need the help.  Many county sites have LookUp help and ways to connect with those in the area who can be of help.  And of course if you are looking for help with obtaining a photograph of a grave, try www.findagrave.com  or www.billiongraves.com

This time of year everyone is heading back to school, and it’s a good reminder that not only could we benefit from continuing to pursue our own genealogical education, but in an effort to foster an appreciate for our family history and ensure its survival we really need to be educating the children in our families about family history, what it means, why it matters and even how to learn more about it on their own.

Earlier this year at the National Genealogical Society conference that was held in Cincinnati, Ohio a young mom approached me and told me she just published some books on how to teach your children about genealogy.  And this wasn’t just a book but rather a curriculum.

Branching Out Curriculum by Jennifer Holik

Engaging the Next Generation: A Guide for Genealogy Societies and Libraries

If you’re not quite ready to jump into a curriculum, maybe you’re just not sure that your kids could actually really get interested you’ve got to check out the Chart Chick blog by my friend Janet Hovorka.  Janet has been sharing her personal genealogy journey with her kids, and she calls it like it is. You’ll be inspired and entertained and you’ll pick up some great gems along the way for working with kids on family history .

In this episode Lisa mentions: Turn Your iPad into a Genealogy Powerhouse by Lisa Louise Cooke

The updated book is called Mobile Genealogy: How to Use Your Tablet and Smartphone for Family History Research and is available here in the Genealogy Gems Store.